Qalibaf runs ahead; Rohani, Jalili, Rezaei struggle to catch up in runoff

Tehran, YJC. Polls indicate that the elections will be dragged into a runoff, Qalibaf leading with a great margin.

Mehr News Agency’s Polling Center has conducted a public opinion survey prior to the resignation of Haddad and Aref, where Qalibaf enjoys a far greater favor than his rivals. As indicated by statistics, the elections will go on to a runoff, where Rohani, Jalili, and Rezaei hope to have a place.

Mehr News Agency’s Polling Center conducted the survey in provincial capitals across country according to the interviewees’ sex, age, and education.

Table 1. Gender-based evaluation of votes for each candidate 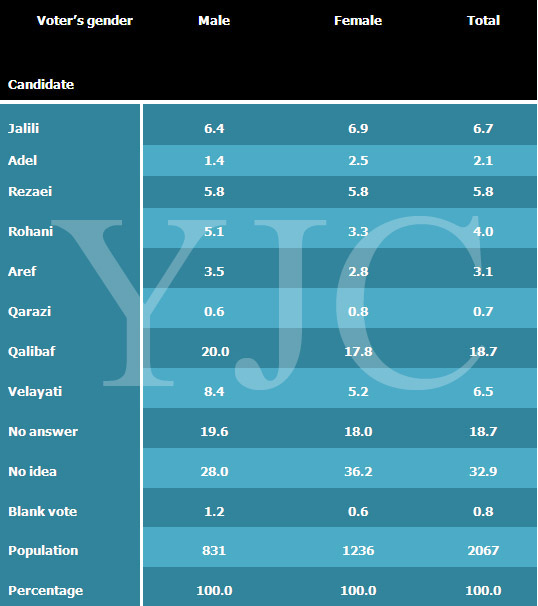 Table 2. Evaluation of votes for each candidate based on voters' level of education 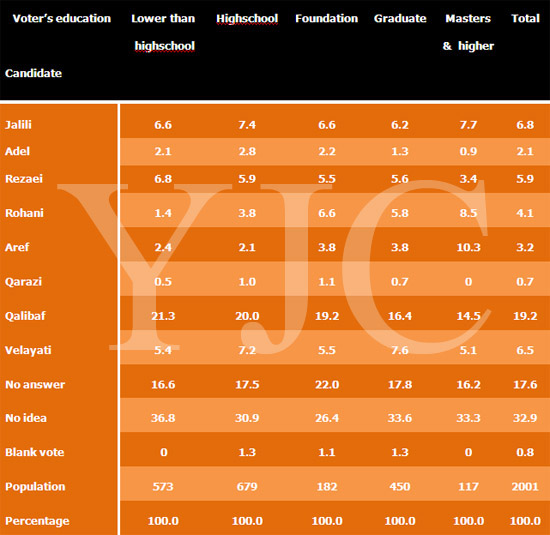 The results shown on table 2 can be said to mean that:

- Jalili’s favor is pretty much constant across different education levels, circling around 7 percent.

- Rezaei finds fewer votes among people with education levels higher than graduate, 3.4 compared to 6 percent for other levels.

- Higher levels of education favor Rohani, his votes ranging from 1.4 percent for the lowest education level to 8.5 for the highest.

- Aref’s vote resided hugely in those with a Masters degree, 10.3 percent against 3.8 for other levels.

- Level of education is of approximately null effect on votes for Velayati, votes ranging 5.4 to 7.6 percent across levels of education.

Table 3. Voters for each candidate based on age band 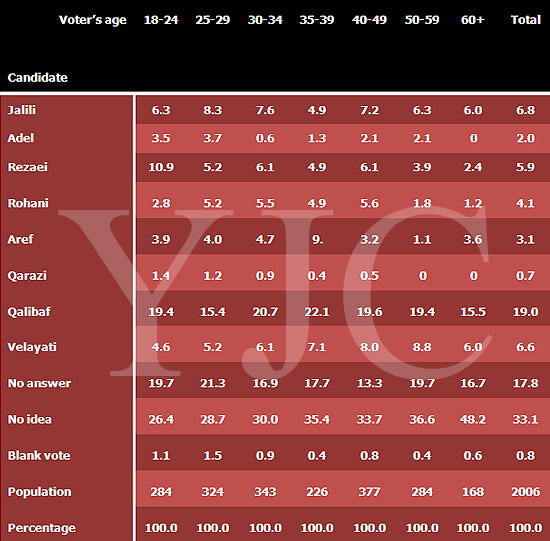 The above table says that:

- Velayati finds his supporters mostly from the 35-59 age band

Share to
Related News
Iran’s Next President and The Third Nuclear Strategy
Former Intelligence Minister blasts Ahmadinejad for demolishing national security
Activist: In Iran you can be critical only at election times
Velayati fails to get two third favors from Teachers Association
Tags
polls ، presidentials ، mehr
Your Comment