TEHRAN, May 15 - At least 24 police officers have been wounded in clashes with protesters rallying against unemployment in central Algeria, state media reported Wednesday. 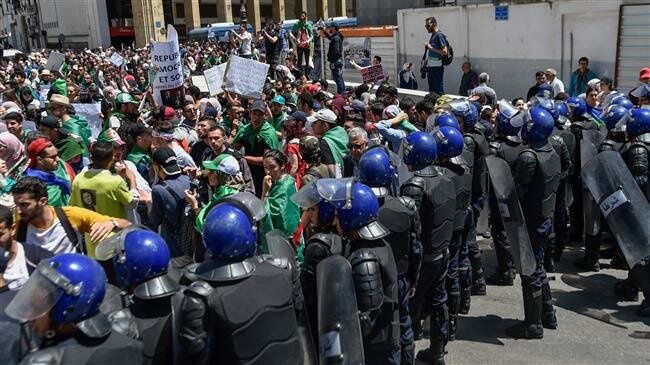 TEHRAN, Young Journalists Club (YJC) -Demonstrators in the central Tinerkouk area have been blocking access to an oil company since mid-April, demanding jobs in the industry.

The ongoing rally has largely paralyzed work at the site, according to the official APS news agency, prompting police to move in and disperse it on Tuesday.

Demonstrators blocked access to the local government offices, setting fire to the buildings and looting them when the police intervened, according to APS.

A number of demonstrators were hurt in the clashes, APS reported, during which police respond to stone-throwing with tear gas.

A quarter of Algerians under 30 are unemployed and there have been regular protests in the resource-rich center and south of the country over a lack of development and jobs.

The clashes in Tinerkouk follow months of protests in Algeria against the ruling elite that have prompted the departure of longtime president Abdelaziz Bouteflika.

Algerians are scheduled to elect a new leader on July 4.