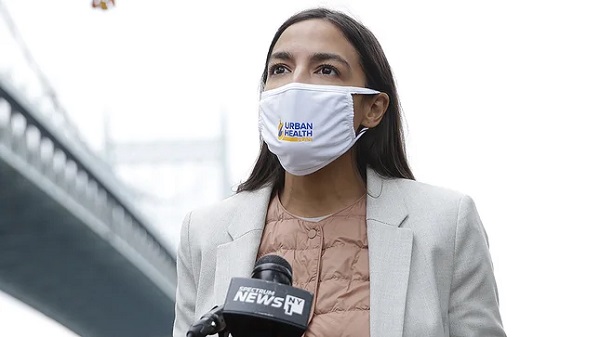 Democratic Rep. Alexandria Ocasio-Cortez (N.Y.) condemned President Trump early Wednesday for prematurely declaring himself the winner of the election even though millions of ballots are still being counted across the country, calling his announcement “authoritarian.”

“Donald Trump’s premature claims of victory are illegitimate, dangerous, and authoritarian,” Ocasio-Cortez, a vocal critic of the president, wrote on Twitter.

“Count the votes. Respect the results,” she added.

In an address from the East Room of the White House early Wednesday, Trump asserted that he had won states like Georgia, North Carolina and Michigan, despite tens of thousands of outstanding ballots in those states.

“This is a fraud on the American public. This is an embarrassment to our country. We were getting ready to win this election. Frankly, we did win this election,” Trump said, adding that he would go to the Supreme Court in an effort to stop ballot counting.

As of Wednesday morning, Trump leads Democratic presidential nominee Joe Biden in Michigan by only 0.3 percentage points with 90 percent of the vote reporting.