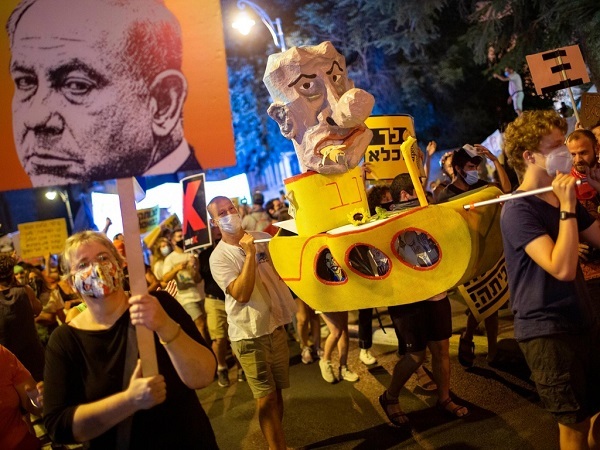 Intelligence Minister Eli Cohen claimed during a Knesset discussion on Wednesday that Iran is attempting to influence the protests being organized by the Black Flags movement against Prime Minister Benjamin Netanyahu.

Responding to a question by MK Ariel Kelner (Likud), Cohen claimed that "Iran has been operating in Israel in an attempt to influence Israeli public opinion, according to intelligence officials.

"Cohen didn't go into details, considering "the sensitive nature of the findings," but mentioned that "Iran tried to publish content on Facebook while focusing on actual events in Israel, including photos from anti-Netanyahu protests."

Facebook announced in October that it found hundreds of Facebook accounts and pages made by Iranian sources, pretending to be supporters of the protests in Israel and supporting the protest movements in Israel.