Friday, 27 November 2020 (YJC) _ I think the first thing to talk about is timing. I mean there are several things going on simultaneously here. One is that Netanyahu is finally facing a trial day. His trial begins very soon in a week or so. The second thing is of course the Trump is a lame-duck president. And so he only has two months left before Biden takes over. 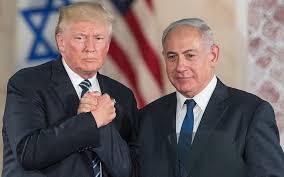 So, it's both timings on the part of Netanyahu and its timing on the part of Trump. I mean it's dangerous in a sense, but Pompeo was part of this alleged visit to Saudi Arabia. Netanyahu, Pompeo met the Mad Prince in some coastal city or other.

Now, Netanyahu would already meet with the UAE and clandestinely, Israel has worked for many years, decades with the Arab monarchs, Persian Gulf States. So none of this is new. Part of this is symbolic, but the worrisome part of it is that there were reports that Trump had wanted to have an actual war with Iran before he left office.

And, you know, his advisor said: “No, Donald, you can't do that.” That's not a wise decision. But Pompeo is quite mad. I can't believe I'm saying it to people. I mean he's really a xenophobe, a religious zealot, an extremist Dominionist Christian.

You know he expects the Rapture any day now and he's a former head of the CIA. So anything is possible with Pompeo. And he's also trying to make a name for himself before Trump leaves office, and because apparently, they're reports that Pompeo wants to run on the Republican ticket for the next presidential election, which he has absolutely no possibility of doing, but, you know, that's beside the point.

So, Netanyahu is doing this at this moment just because he's doing anything he can to kind of muddy the climate and delay things, an odd of sort of chess moves made with a boss and the Palestinian, a partisan Israel and the negotiations with them. It's something he wouldn't have done a few years ago, but he's parted ways with Lieberman, and so they're in conflict, he's supposed to turn over his prime ministership as it were to Benny Gantz but nobody believes that's going to happen, certainly Benny Gantz doesn't believe that. But you know there is a very real possibility Netanyahu goes to jail. This is not impossible. The corruption charges are numerous and well-documented against him and his wife.

So, I think the motivations are probably slightly different, but you have to look at this and think that from the Saudi perspective, they can't carde blanche it with Trump. … New York Times did, you know, a huge op-ed Thomas Friedman, a puff piece on Prince Mohammad.

And, Biden probably won't do that and there's a lot of worries that the Saudis will be kind of one of the victims of perception management from the new Biden team that they're going to want to make an impression because, you know, he's already appointed Nick Burns, and Tony Blinken is the nominee anyway for Secretary of State.

And these guys are hawks, liberal interventionists but extreme hawks, cheerleaders for war. They're tied with the Defense Department with the Pentagon. So Biden as I suggested before is going to be a really militaristic president.