Turkish president and his spokesman say EU sanctions will not work 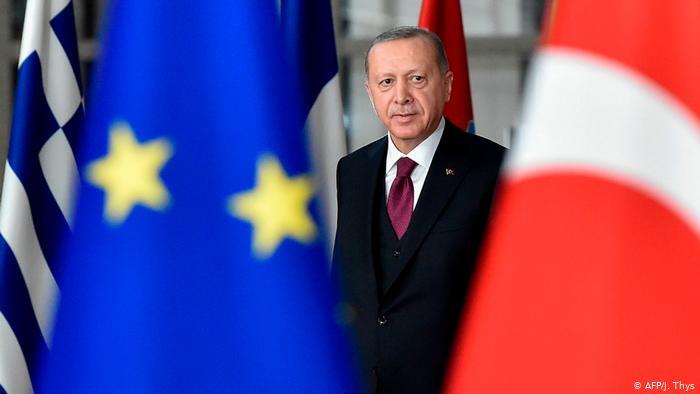 Turkish President Recep Tayyip Erdogan accused the European Union of never acting honestly towards his country and said Ankara was not concerned by any economic sanctions the bloc might impose on it.

His comments on Wednesday came on the eve of an EU summit in which sanctions against Ankara will be considered.

The European Union’s draft statement regarding the imposition of sanctions on Turkey is disappointing, the Turkish presidential spokesman said on Wednesday, adding that sanctions will not work and will be counterproductive in the long run.

Ibrahim Kalin said Turkey wanted to achieve a positive atmosphere with the EU but that the bloc was “surrendering” to the interests of some of its members. He was speaking via video conference in a German Marshall Fund of the United States event.

EU foreign ministers said on Monday that Turkey had failed to help end a row with Greece and Cyprus over potential gas resources in the eastern Mediterranean, but they left a decision on sanctions for their Thursday meeting.

NATO member Turkey has been at odds with EU members Greece and Cyprus over the extent of their continental shelves in the east Mediterranean.