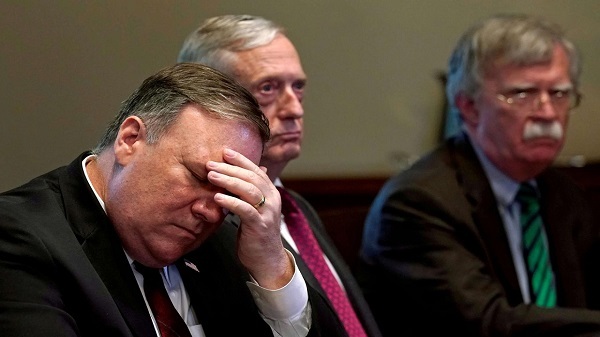 China imposed sanctions on former Secretary of State Michael Pompeo and other Trump administration officials even as Joe Biden was being inaugurated as president, saying they had made “crazy moves” that harmed U.S.-China ties, Bloomberg News reports.

Also on the list of 28 people being sanctioned were former President Donald Trump’s National Security Adviser Robert O’Brien and his deputy Matt Pottinger, trade adviser Peter Navarro, and U.S. Ambassador to the United Nations Kelly Craft, according to a statement issued Wednesday by China’s Foreign Ministry as the inauguration for Biden was taking place. They and their families will be banned from entering China, Hong Kong or Macau, or doing business with China.

The officials listed were instrumental in shaping the Trump administration’s more confrontational stance toward China, which included a raft of sanctions and a declaration, on its final day, that the government had committed genocide in its Xinjiang region. Also on the list were former Trump adviser Steve Bannon and former National Security Adviser John Bolton.