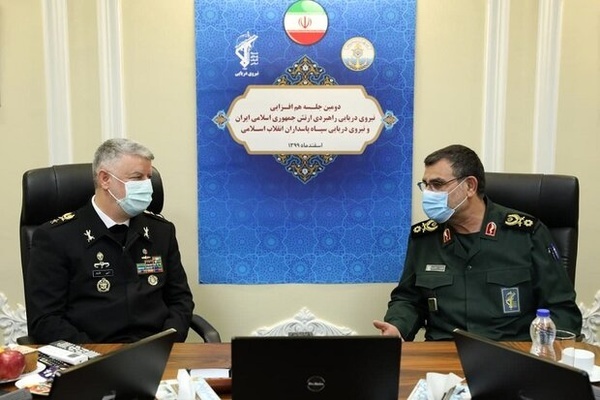 IRGC and army Naval forces have signed a memorandum of understanding to boost bilateral cooperation.

The memorandum was signed with the aim of expanding intelligence, educational, and research cooperation between the two forces.

Khanzadi said during the meeting that “The security of the Persian Gulf, Hormuz Strait, and Sea of Oman has been maintained by the continued and authoritative presence of Army and IRGC navies.”

Elsewhere in his remarks he said “The enemy seeks to disrupt the unity of Iranian armed forces, while adding that “the enemy does not dare to wage aggression against Iran maritime borders because of the powerful presence of the Army and IRGC as it knows that any threat will be met with a ‘crushing response’.

“These relations neutralize destabilizing acts of transregional countries,” he added.

Tangsiri also took his part to say that “the synergy between the two forces is at the highest level.”

“This unity will never be disrupted,” he emphasized.