Saturday, 13 March 2021 (YJC)_Hundreds of opposition supporters jave surrounded government buildings in Armenia’s capital to push for the resignation of the country’s prime minister. 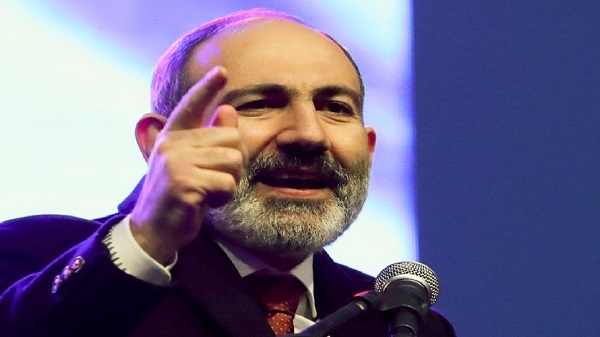 Hundreds of opposition supporters surrounded government buildings in Armenia's capital on Saturday to push for the resignation of the country’s prime minister.

Prime Minister Nikol Pashinyan has faced demands to step down since Armenia suffered a humiliating defeat last year in an armed conflict with Azerbaijan over Nagorno-Karabakh a territory within Azerbaijan that Armenia-backed separatists controlled for more than 25 years.

Demonstrators shouting “Nikol you traitor!” and “Nikol go away!” surrounded the Foreign Ministry s headquarters where Pashinyan had a meeting on Saturday. Later in the day, they ringed the residence of the country's mostly ceremonial president, Armen Sarkissian when Pashinyan went there for talks on ending the political crisis.

Some of the demonstrators engaged in brief scuffles with police.