Kremlin: Russia wants an apology from U.S. after Biden called Putin a killer 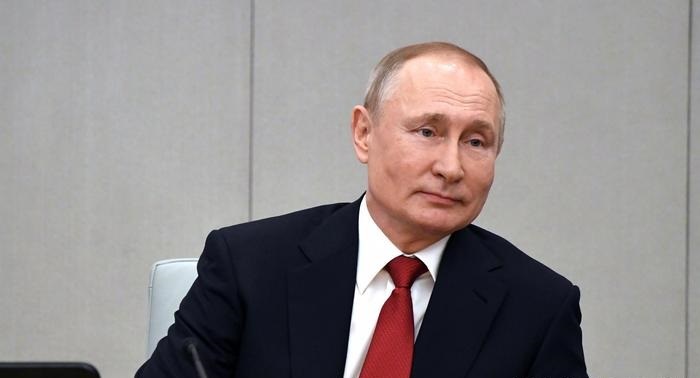 Russia wants an apology from the United States after President Joe Biden said he thought Vladimir Putin was a killer and may retaliate against Washington unless it gets one, a senior Russian lawmaker said on Thursday.

In an ABC News interview broadcast a day earlier, Biden said “I do” when asked if he believed the Russian president was a killer.

He also described Putin as having no soul, and promised he would pay a price for alleged Russian meddling in the 2020 U.S. presidential election, something the Kremlin denies.

In a highly unusual move following Biden’s interview, Russia on Wednesday said it was recalling its ambassador to the United States for urgent consultations over the future of U.S.-Russia ties.

Konstantin Kosachyov, deputy chairman of parliament’s upper house, said Biden’s comments were unacceptable, would inevitably inflame already bad ties, and ended any hope in Moscow of a change of U.S. policy under a new U.S. administration.

Share to
Related News
Biden emphasizes 'unwavering commitment' to Ukraine with Putin
Russian envoy to US back in Moscow after Biden calls Putin a killer
Russia recalls ambassador from US after Biden calls Putin ‘a killer’
Peskov: Pandemic has not changed Putin or nature of his work
Putin 'Spent Many Days with Phone in Hand' to End Bloodshed in Karabakh
Russian President: Not Expecting Change to Ties with US Under Biden
Putin: US went in for new arms race, forced Russia to develop weapons
Tags
vladimir putin ، russia ، us
Your Comment