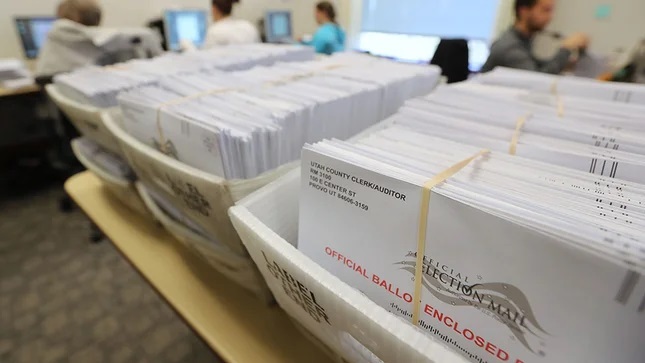 The Pennsylvania Supreme Court on Saturday rejected a last-ditch bid from Republicans including Rep. Mike Kelly (R-Pa.) to halt the certification of the 2020 election results in the Keystone State.

The court's decision delivered the latest blow for Republicans, President Trump and his campaign to overturn election results in a battleground state that President-elect Joe Biden won by over 1 percentage point.

In an order released on Saturday night, the state supreme court vacated a preliminary order by the Commonwealth Court and dismissed the case.

"Upon consideration of the parties’ filings in Commonwealth Court, we hereby dismiss the petition for review with prejudice based upon Petitioners’ failure to file their facial constitutional challenge in a timely manner," the order read.

Originally, an emergency petition was filed in state court last weekend by the GOP ahead of Monday's deadline to certify election results, a process that would solidify a defeat for Trump.

The rejected bid is part of a multi-state effort by Republicans and Trump allies to overturn the results of the 2020 election in favor of Trump. However, election law experts have noted that law suits pressed by the Trump campaign and its allies are not going to succeed in their intended result.

Trump has still refused to concede the election to Biden. However, the president said this week that he would leave the White House if Biden is declared the winner of the Electoral College.

"Certainly, I will. And you know that,” said Trump when asked if he would leave the White House if the Electoral College voted for Biden.

“If they do, they made a mistake,” he added.