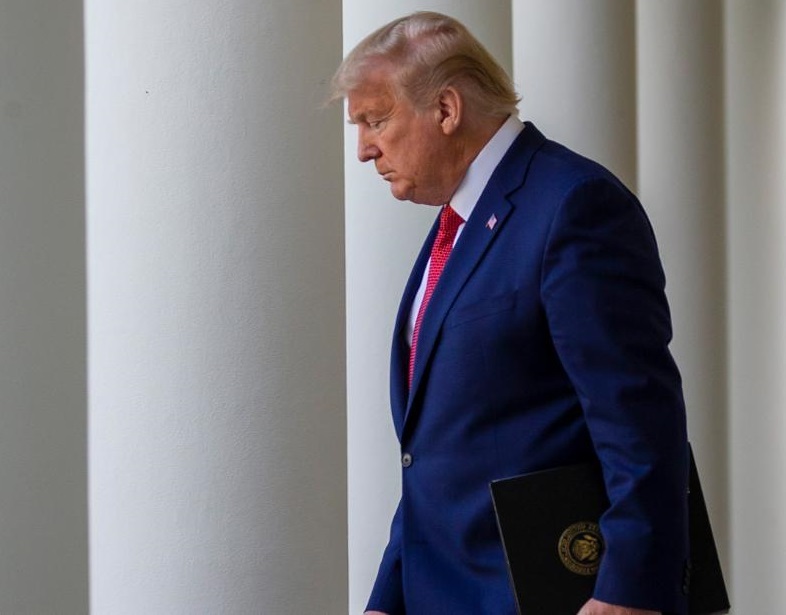 President Donald Trump will leave office with the lowest approval rating of his presidency, according to a new CNN Poll conducted by SSRS, with more Americans than ever in support of removing him from office.

A majority, 54%, say Trump ought to be removed from office before January 20 because of his role in the events of January 6, when Trump incited a mob of his supporters to storm the US Capitol -- an unlikely prospect as Vice President Mike Pence has ruled out the use of the 25th Amendment to expel Trump from office and no Senate trial on the impeachment charge passed by the House is likely before President-elect Joe Biden is sworn in this week.

That is larger than the share who favored impeaching and removing Trump from office at any point in 2019 or early 2020 as the investigation which led to his first impeachment progressed to a Senate trial. But the wide partisan gap that drove views on that question throughout that process continues now. Nearly all Democrats (93%) favor removing Trump from office before January 20, while just 10% of Republicans feel the same.

Overall, 34% of Americans approve of the way Trump is handling the presidency, down from 42% in a pre-election poll and one point below his previous low point in CNN's polling. Among his own partisans, Trump's approval rating has dropped 14 points since October but remains largely positive with 80% approving. It has held steady in the low single digits among Democrats (3% pre-election, 2% now).

Just over a third of Americans (36%) call the January 6 attack on the US Capitol a crisis for American democracy, and another 39% call it a major problem. Views on the significance of the attack are split by party, with most Democrats calling it a crisis (54%), and few Republicans in agreement (20%).

The public mostly rejects the baseless conspiracy theory behind the rioting -- that Biden did not legitimately win enough votes to become president: 65% say that he did legitimately win enough votes, but a sizable share (23%) -- and particularly among Republicans (58%) -- believe that conspiracy theory to be true and that there is solid evidence to support it. There is no evidence that the election was illegitimate, nor that there was widespread fraud in the vote count.

Fully 75% of Republicans say they have little confidence that US elections reflect the will of the people.

Share to
Related News
Only 26 of 249 Republicans in US Congress acknowledge Trump lost: Poll
Biden on beating Trump: 'I feel like I've done something good for the country'
Trump Says DoJ, FBI Employees May Have Been Involved in Large-scale Voter Fraud
Most Republican voters to pick Trump in 2024: Poll
Tags
donald trump ، US ، Poll ، impeachment
Your Comment