Tehran, YJC. A Reformist activist has said that due to diverse interpretation of circumstances, Reformists suffer lack of consensus.

"In case things go favorable for the candidature of Khatami and Hashemi, many Principalists would be happy for them to be 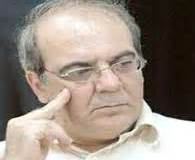 "Whether Khatami runs or not is done with because his mere application does not solve any problem,” he asserted.

"What is important is Khatami being qualified and running as candidate, which seems far,” Abdi believed, "His not running comes from lack of common understanding.”

He stated "Naturally since it does not seem probable that Khatami would apply or that he would be qualified, everyone fares their own way in the Reformist spectrum. This is the main reason for disagreement among the Reformists regarding the presidentials.”

Answering a question as whom he would prefer between Khatami and Hashemi he said "The third choice,” adding "It is not right if we talk of someone who does not exist. Sure enough nobody would dislike it if either Khatami or Hashemi would be President. Not only would they not dislike it, they would like it on the contrary. Among the Principalists also there are those who would be happy if one of the two becomes President.”

Share to
Related News
We basically do not dispute talks with US
Rezaee: Reformists run for elections
Islamic Coalition member: Deviant current has no place in elections
Abtahi: Khatami weighing social facts
I represent Khatami administration as a cultural one: candidate
Zibakalam: Reformists must make consensus on Hashemi
Jalali: Larijani feels not responsible to run for presidentials
Religious scholars must not be used for political goals
Up coming election will not be as fervid as last one : Presidential Candidate
Hashemi, Khatami hold negative polling results
Pourmohammadi: We have plans should Mashaee run for elections
Tri-polar campaign could be the best
Majority will vote, polling says
Tags
Abbas Abdi, Khatami , Iran Election Hashemi
Your Comment